We are now in the middle of a campaign called 16 days, lasting from Nov 25th to Dec 10th, to fight violence against women. Why on earth I write about it on a math and science blog? Well, various reasons. First of all, this blog is also about education, that is a extensive part of a researcher's job. Secondly, the gender gap in science is a known problem that grows its roots in some old-fashioned social rules we need to change. Last but not least, advocating for women's rights is part of me; facts and figures about the general situation in the world made me understand I had a lot of privileges and I deeply care to use them for good.

One privilege I had and I am sure many of this blog's readers had is education. Education is the key to freedom, that is something a tremendous amount of women do not have in this world. Let's shiver with horror together by reading some facts and figures (*):

These are just some figures I selected to stress how bad the situation is. Such horrible experiences leave a mark for life.

Many of these girls cannot save or defend themselves because they lack proper education, they were not given the tools to break free and they were left in the dark. To understand this deeper, I invite you to watch this powerful TED Talk video by Kakenya Ntaiya about female genital mutilation. I was really impressed when she explained how such practice is considered "normal" in many places and girls do not even know what is going to happen. Or when she tells the abuse that her mother had to undergo, because women were not allowed to own anything. The same goes with child marriage, of course.

Ignorance is a sickness affecting also our closer world. It can mean one of your female colleague not being aware of her rights regarding sexual harassment. It can mean your daugther not knowing what abuse - physical or not - is and being a victim of her boyfriend. Or it can be your son or your male friends not understanding the deep social problem affecting women's lives and, for instance, not reacting to episodes of abuse or exploitation happening more or less under their eyes. Don't forget, very recent research stresses how violence against women is a big problem even in Finland, where the rate is about double of the average in Europe (**).

What I would like to stress is that violence against women and gender inequality are not a women's problem, is everybody's problem. We have the social and moral duty to create the best society we can by speaking for those who have no or little voice. As women, we have to become more aware of our rights and spread such awareness. As men, you have to support us in doing so (***).

Going back to the initial point of this post, I invite you all to become more aware and take action. 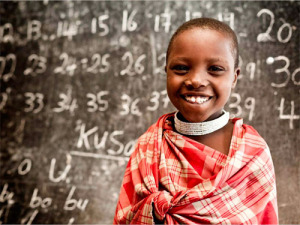 You can share your privilege of education in a thousand ways. Support foundations (The Malala Fund, Girls Not Brides, Akanksha Foundation, ...), sponsor a child (Save The Children, Islamic Relief, Child Fund International, ...) and, why not, volunteer yourself for education projects (Peace Corps, others, ...). 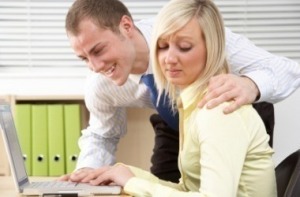 Promote sexual harassment training or gender inequality seminars at your workplace, sponsor local institutions and foundations dealing with such problems, discuss with your kids' teachers and other parents about the opportunity to have seminars at school on abuse, violence and gender inequality (****).

They will be men and women tomorrow. Don't be afraid to talk to them about problems, grow their empathy and awareness, give the best example you can. Teach them well what abuse is and how to recognise it.

Don't be afraid to act 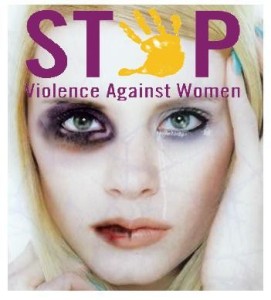 If you have the feeling something is not right around you and that some of your acquaintance is experiencing abuse or violence, silence is the worst way to go. If you do not want to be exposed, please be aware there are many ways to report anonymously. Show empathy to the victims and understand they may not have the strength to react. Please understand that your reaction is important to victims of abuse, because it defines to their eyes what is right and what is wrong, in a moment of their lives when they do not know at all.

We need each one of you to end violence against women!

(**) A very recent social experiment, underlines that it's not all butterflies in Sweden as well.

(***) One first easy step could be join the He for She movement.

(***) Although there was still no case of FGM brought in court in Finland, a recent report of the Ministry of Social Affairs and Health underlines how it is important to take into account the increasing immigration flow and the consequent increasing risk of FGM happening locally. To this regard, prevention is a key factor. Other countries, such as Scotland, are acting in this sense by involving directly schools.